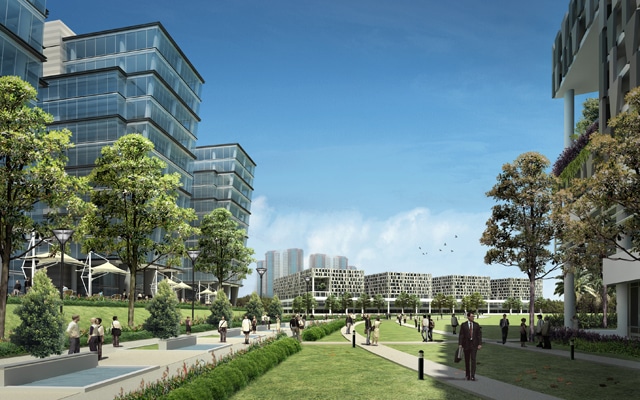 The goal is to optimise land use and to contain the pollution caused by local industries. The planned space of 2.1 million square meters will help in Singapore’s future commercial need.

When a three-phase redevelopment is completed, Defu Industrial Park will encompass three key zones. The north as well as central areas will be set aside for tactical sectors such as logistics, precision engineering, info-communications and media, electronics, clean energy and biomedical, while the southern zone will be used to house the businesses already in the estate.

The existing food factories will move to Bedok Food City while those in general industries will move to Defu Industrial City, a 13-hectare site adjacent to the Kallang-Paya Lebar Expressway.

The Defu City Centre, planned beside Defu Industrial City in the new park, provides the commercial and services elements such as F&B outlets, convenience stores, medical clinics and childcare services.

As Singapore is losing its competitiveness in the production and manufacturing, the development of Defu into a modern B1 estate is in line with Singapore’s strategy of developing itself into a knowledge-based industrial centre and the region’s talent hub.

Fill up the form on the right and get a copy of The Florence Residences Price, E-Brochure, and Latest Updates!