Upcoming Mega-project Launch Will Set Tone For Other Condos In 2019: Analyst 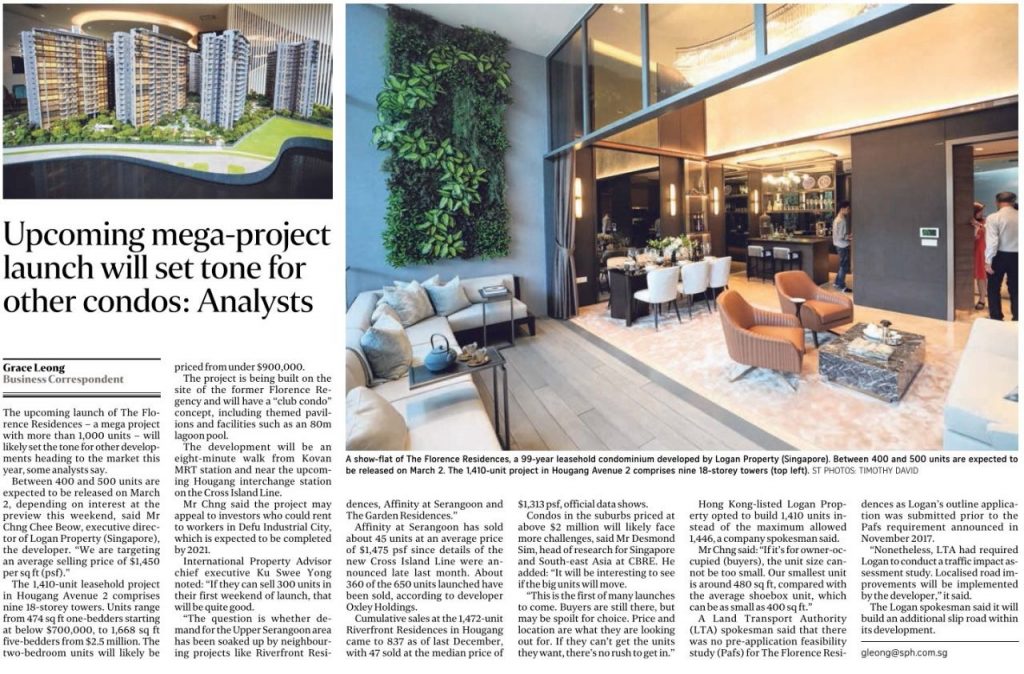 Analysts say that the upcoming launch of Florence Residences at the beginning of 2019 will likely set the tone for how other launches will sell. According to Mr Ku Swee Yong, chief executive of International Property Advisor, it is considered good results if the project can sell 300 units during its first weekend of sales.

The project will launch in stiff competition as its location in Upper Serangoon area has seen quite a few other project launches such as Affinity at Serangoon, The Garden Residences and Riverfront Residences. Florence Residences may face the issue of having less demand as buyers had already bought one of the other projects.

Therefore, if the project continues to do well under such a condition, it would signal a more positive market climate. It could also set the tone for other new upcoming launches too.

Fill up the form on the right and get a copy of The Florence Residences Price, E-Brochure, and Latest Updates!